I’ve arrived in the US — they let me in!

When I arrived in St Pete’s, I took a bike through town and got a good feeling for the city. It seems a reasonably nice place, but nothing amazing. I had some crazy ice pops (Grannys apple pie anyone?) and randomly met some Australians who gave me some local tips.

My highlight so far was visiting the Dali museum. It was the first time I had a really strong connection to a couple of pieces of art. It was great to be given a guided tour and learn the context behind each piece. The combination of beautiful art, science, religion and political commentary is immensely powerful. 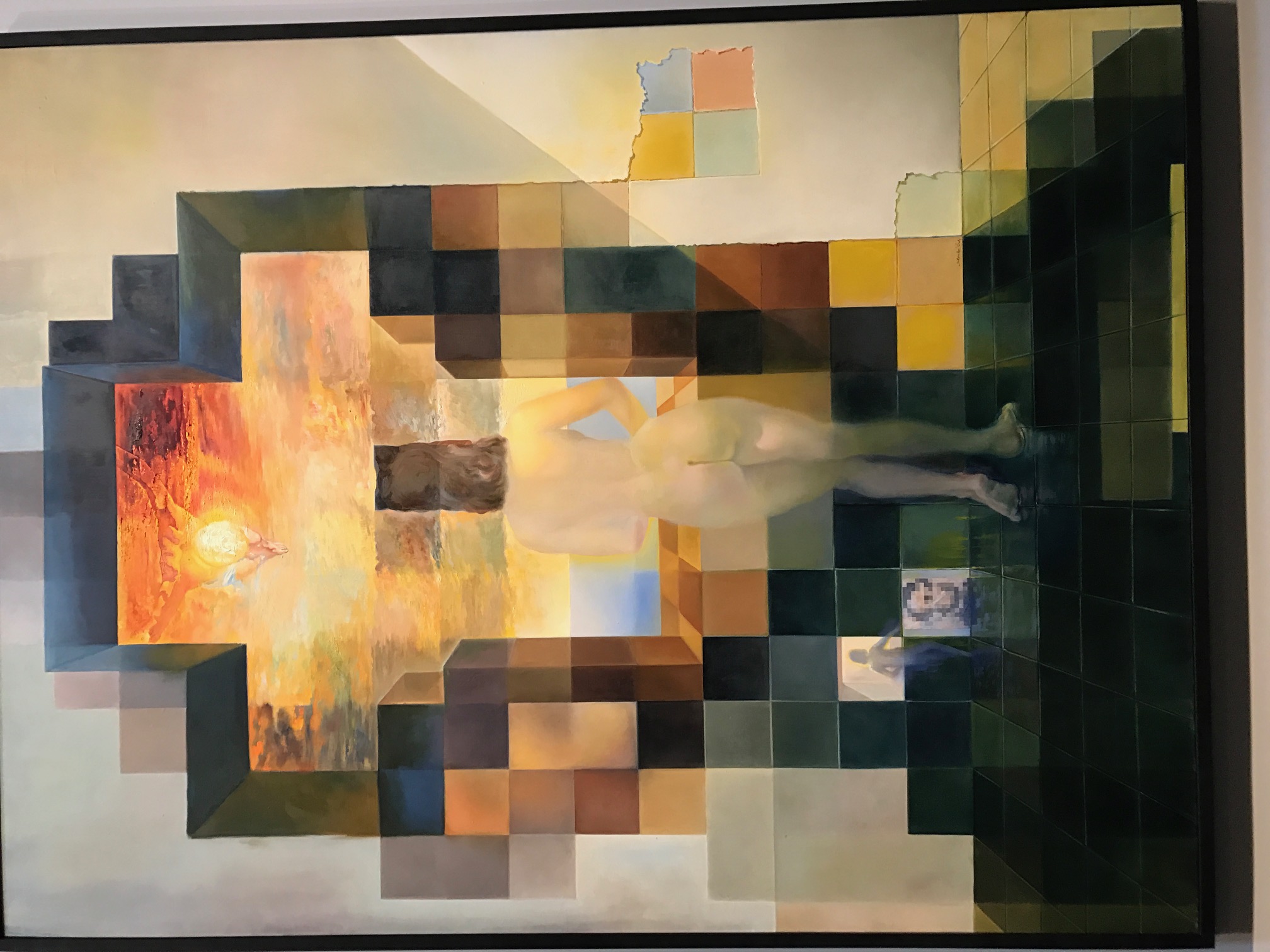 I went to a Baseball game and saw the local “Rays” play — and win which is apparently unusual. It was a great cultural experience, but the game was pretty boring - even for someone keen on sport like me. I briefly visited the cigar room, then quickly left before choking to death. Apparently some people pay money to go to the game and then sit in a room smoking cigars watching it on TV. Oh, and they have live mantra rays in a tank on the edge of the pitch. Representing the Power at a Rays game Yes, that’s live rays in a tank at the Rays game

Some funny stuff I’ve seen; Drive through ATM’s (Americans are very lazy), People cooking bbq ribs on the back of their trucks as they drive through town (the smell is amazing), at the baseball I got told off for standing too close to a wall - apparently it was a fire hazard and the home team could get fined.

I have been staying at an AirBnb just out of town. It’s a standard St Pete’s house, probably built in the 70’s. I was in a small room, someone else in another room, someone else sleeping in the lounge room and then the owner sleeping out the back near the garage.

The owner is very nice and helpful, but a very interesting character. She has a pet called “kitty” and a pet pig called “piggy”. In hindsight I should have got a photo with piggy, although he doesn’t like males so that may have been difficult.

The conference was great fun, albeit rather small. However, some great connections have come from it already. People like the Aussie accent, so it’s very easy to start up conversations with people. Plus I’m wearing a bright purple Rappsio branded shirt that stands out :)

The best speaker was Josh Higgins. He showed photos and told stories about being Creative Director during Obama’s campaign and now his similar role at Facebook (he refers to his friend “Mark”). His talk was called “Punk’s not dead” and focussed on how his punk ethos got him to where he is today. Next up is New York where the conference is on Friday. I’ll have time for a few meetings, do some sight seeing and prepare for the following week’s conference.

PS: Apparently Chrome doesn’t support exif orientation on JPG’s, so some of the above images haven’t rotated properly. A problem for another day.